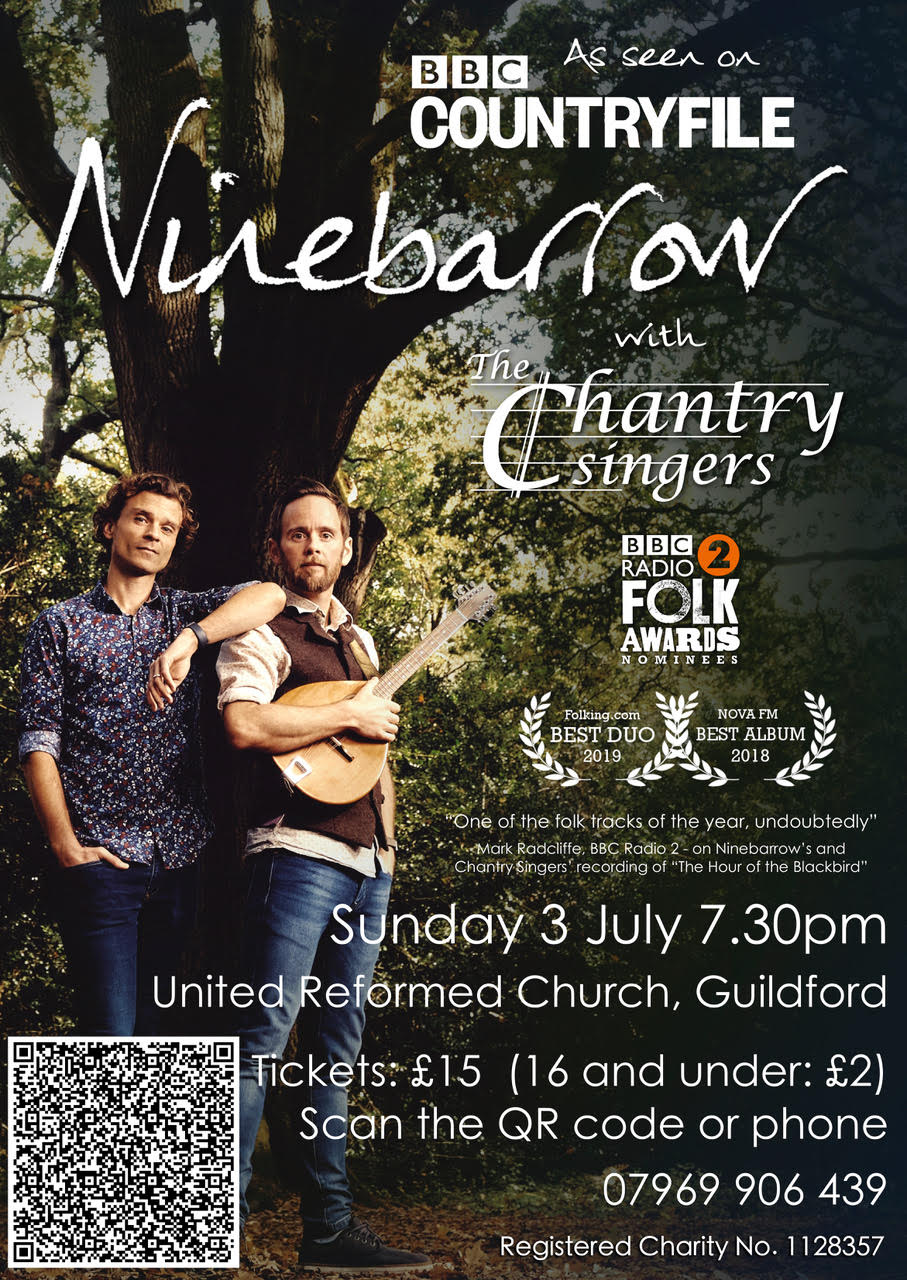 Ninebarrow with The Chantry Singers

Ninebarrow with The Chantry Singers

On Sunday July 3rd, at 7.30pm, The Chantry Singers will be reuniting with the award-winning folk duo Ninebarrow in a unique blend of contemporary folk music with choral textures. The Chantry Singers’ musical director, Roy Rashbrook, had arranged several of Ninebarrow’s beautiful songs before, which were performed together a few years ago in concerts in Guildford and Poole. When further concerts were interrupted by the pandemic, a recording of one of these songs, “The Hour of the Blackbird”, was made by the choir, together with members of Roy’s other choir and Ninebarrow themselves, who then released the song as a single in aid of the mental health charity MIND. The song went on to be broadcast several times on national radio, resulting in BBC Radio 2’s Mark Radcliffe calling it “one of the tracks of the year”. Since then, Ninebarrow have recorded a new album, and Roy has arranged seven of these new songs, as well as a brand new, as yet unreleased track called “Names in the Sky”. So for a choral concert (or indeed a folk music gig) unlike any other, come along on July 3rd to the United Reformed Church in Portsmouth Road. For tickets use the number on the poster or scan the QR code on the poster Ninebarrow in concert with Chantry Singers Tickets, Sun 3 Jul 2022 at 19:30 | Eventbrite