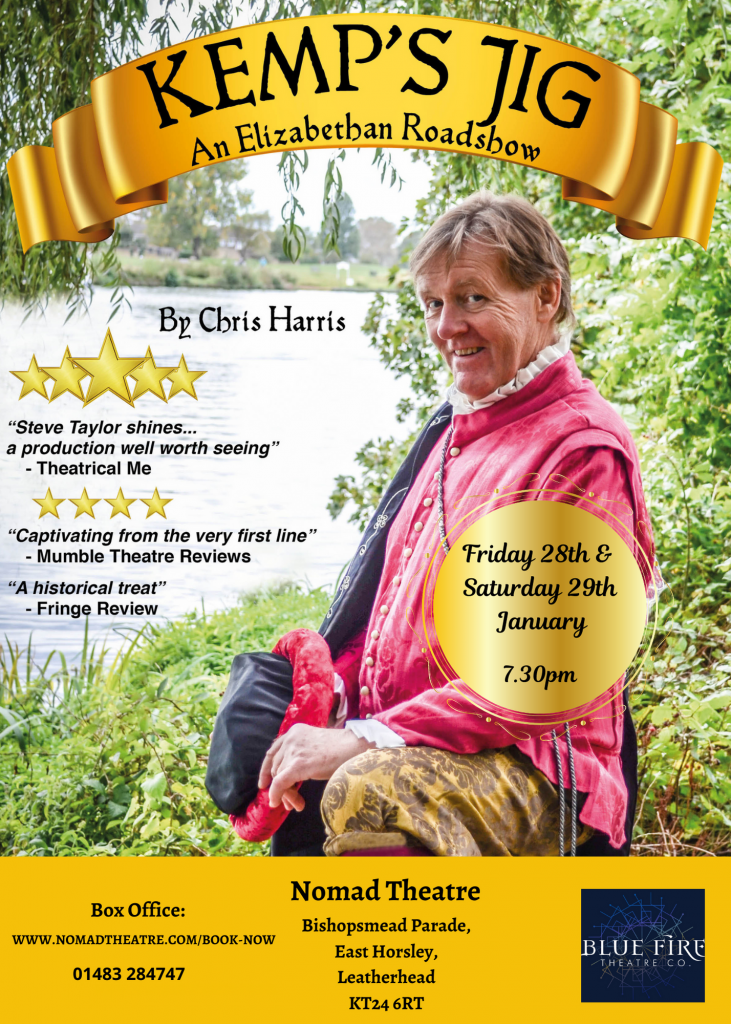 Blue Fire Theatre Co at the Nomad Theatre present Kemp's Jig. In 1599 Will Kemp, superstar of the European stage and chief clown of the Lord Chamberlain’s Men fell out with the playwright and fellow company shareholder William Shakespeare, resigned his shares and as any high-profile personality might do, staged an event. He soon found he did not need a theatre to house his antics. A road would serve his needs. He danced from London to Norwich and wrote about his journey in his book The Nine Daies Wonder. Fast Forward 400 years or so to Chris Harris; actor, clown, and mime who became intrigued by Kemp, did a vast amount of research and wrote the play we see today – Kemp’s Jig. Chris toured the play globally and it has also played at the Royal Shakespeare Company and was made into a radio drama for the BBC. The radio programme was heard by Sam Wanamaker who subsequently asked Chris to tour the USA as Kemp with his play The Wooden O, to raise funds to build the Globe, Bankside.