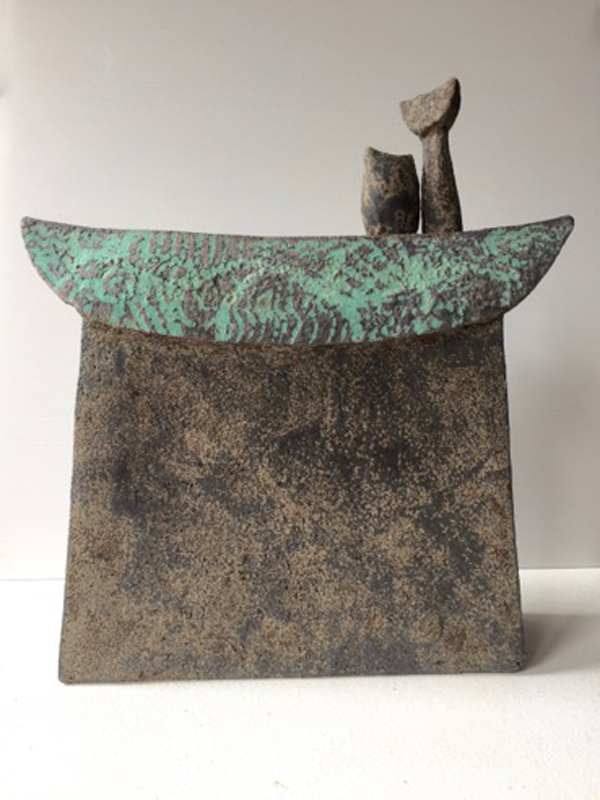 The Owl and the Pussy Cat

Terri took up ceramics in 1990 when she was working as an architect in Hong Kong. The feel of the clay and her delight in making a structured piece out of a formless lump became more and more important in her life as she became familiar with the medium.

Terri is influenced by natural elements such as wind and water and she likes to emphasise the contrasts between nature and man, for example in her boat pieces where the size of the boat indicates just how puny we are compared to the vastness of the sea. She works from her studio at home in East Clandon, with views over the garden and surrounding fields which are a constant source of inspiration for her seed pod forms and of course any birds that happen to visit.

Recently she has been experimenting with alternative firing methods (raku, obvara and pit firing), the results of which are even less predictable than from her electric kiln, but that is part of the excitement!

Most of her work is hand-built in textured stoneware clays, and decorated with coloured slips, oxides and glazes before firing to 1260C. 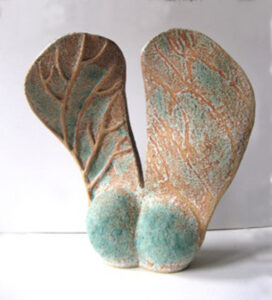 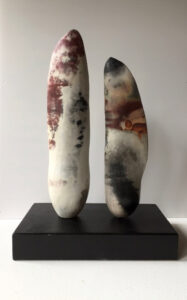 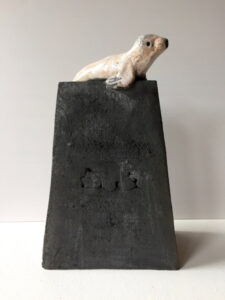 Seal on a Rock 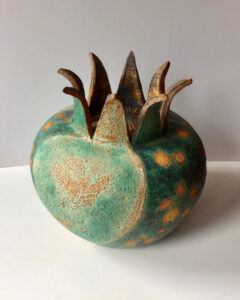 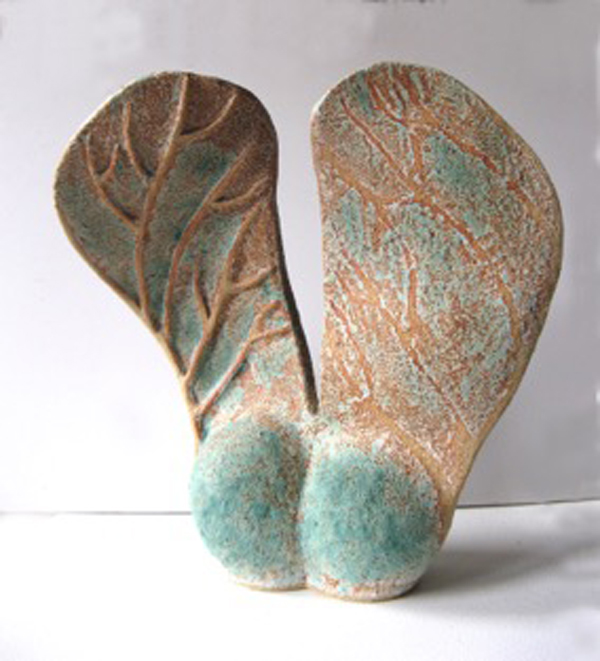 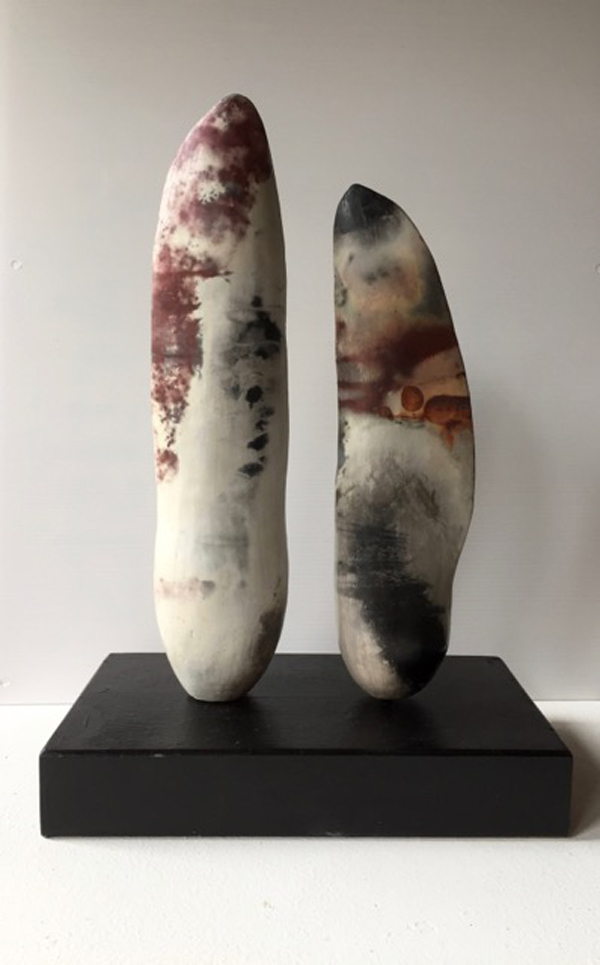 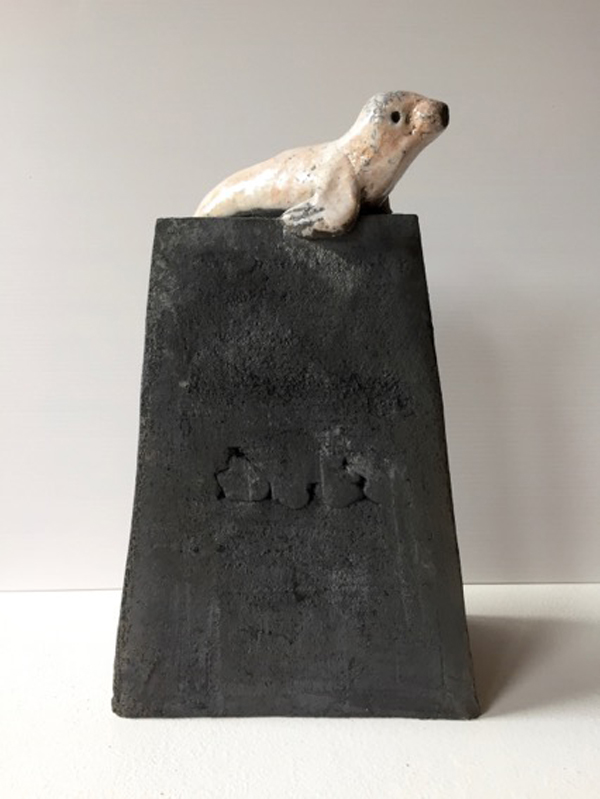