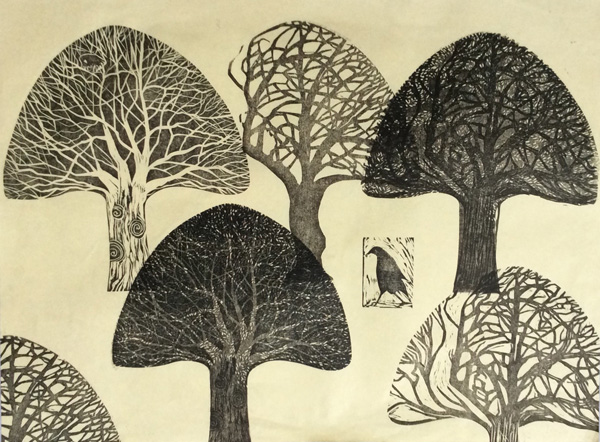 A fascination with trees has influenced much of Susanna’s work in various forms throughout her artistic career.

The Chinese regard wood as the fifth element after air, fire, earth and water. The Norsemen believed the World was supported by a tree and in Christianity the wooden cross symbolises both death and rebirth and so it is no wonder that throughout the ages artists have drawn inspiration from the tree.

In this series of woodcuts and drawings she has tried to make her trees iconic.

The ideas behind the symbolism may differ or change but the tree remains a constant form in an ever-changing world.

Susanna hopes you will spare a few minutes to reflect on what the tree means to you. 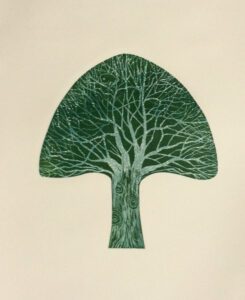 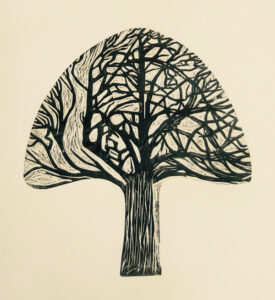 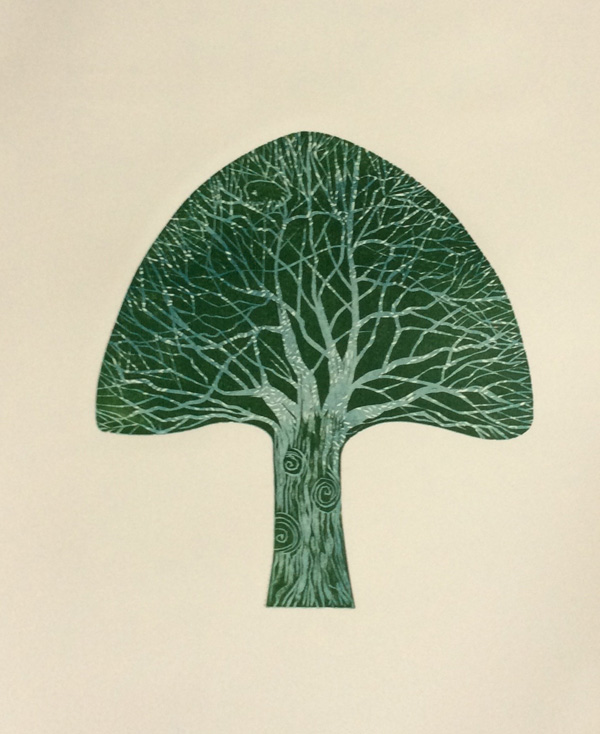 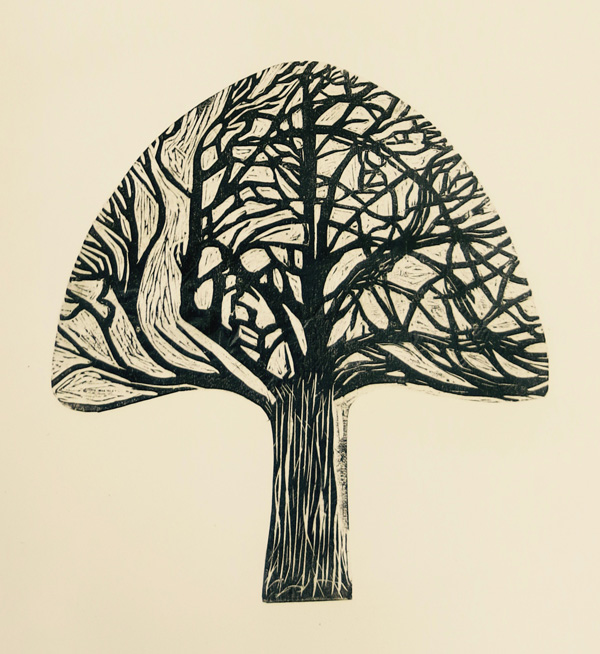