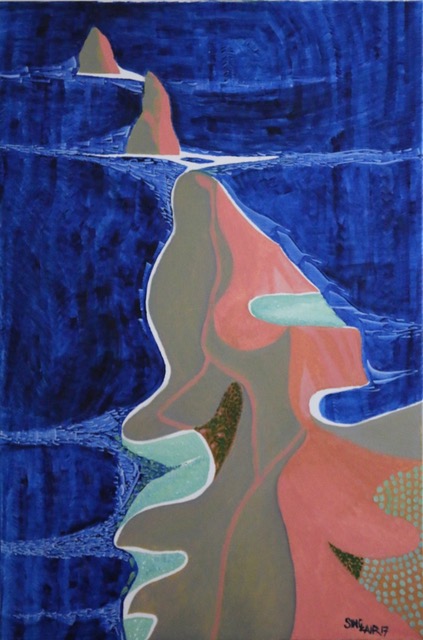 Sinclair is influenced by the forms and colours of early Twentieth Century Flemish and German Expressionists. Most of his work features people and animals in landscapes with which he has become attached, some arise out of his religious beliefs and his interest in animals began when living in East Africa as a child, and sought to catch the essence of the animals he saw every day, rather than represent them realistically. Others arise out of every day encounters in his mother’s home landscape of West Flanders and the other half of his heritage, eastern Highlands. He has also come to know North Yorkshire through his son.

Sinclair’s emotional imagery is stocked by all these places and having grown up with intense tropical light slamming down colours as well as evanescent tones he is always conscious of the way he can play with colour in his pictures, grading or contrasting them as the occasion demands. These days he has begun to play with the way the colours can be varied by the texture of the brushstrokes with which they are set down, for example, using a large area of flat colour but give it life through texture.

If you tell people you paint, one of those difficult questions you get asked is “what sort of thing do you paint? Is it abstract? Portraits? Landscapes? “ The answer is all of the above. He paints people, animals and landscapes he has seen and which for some reason or the other struck him as being memorable, the image cutting itself out of the continuum of visual impressions. All art is a matter of abstraction. The story line in a novel does not contain all the crossing threads of real life. The subject matter of a picture depends on what has moved him. Not in some deep emotional way, but what has struck him as being visually significant. Sinclair never carries around a sketchbook but tries to memorise an event or a landscape and then set it down later. All his pictures start with something he has seen and wishes to memorialise. So you could say that he is doing that thing of recollecting emotion in tranquillity.

Sinclair uses commercially prepared canvases, which do not come in the same formats as the drawings, so when he decides to make a painting out of one of the sketches they get transformed again by the new boundaries of their setting. It sounds corny but there is a dialogue in his head as he asks the image how it wants to be and this can change the emphasis. 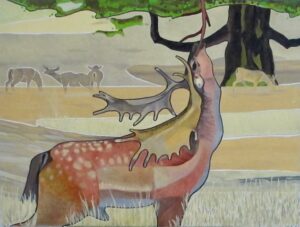 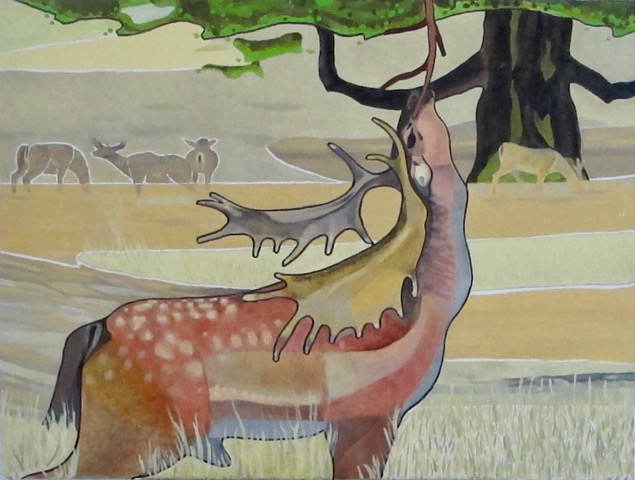