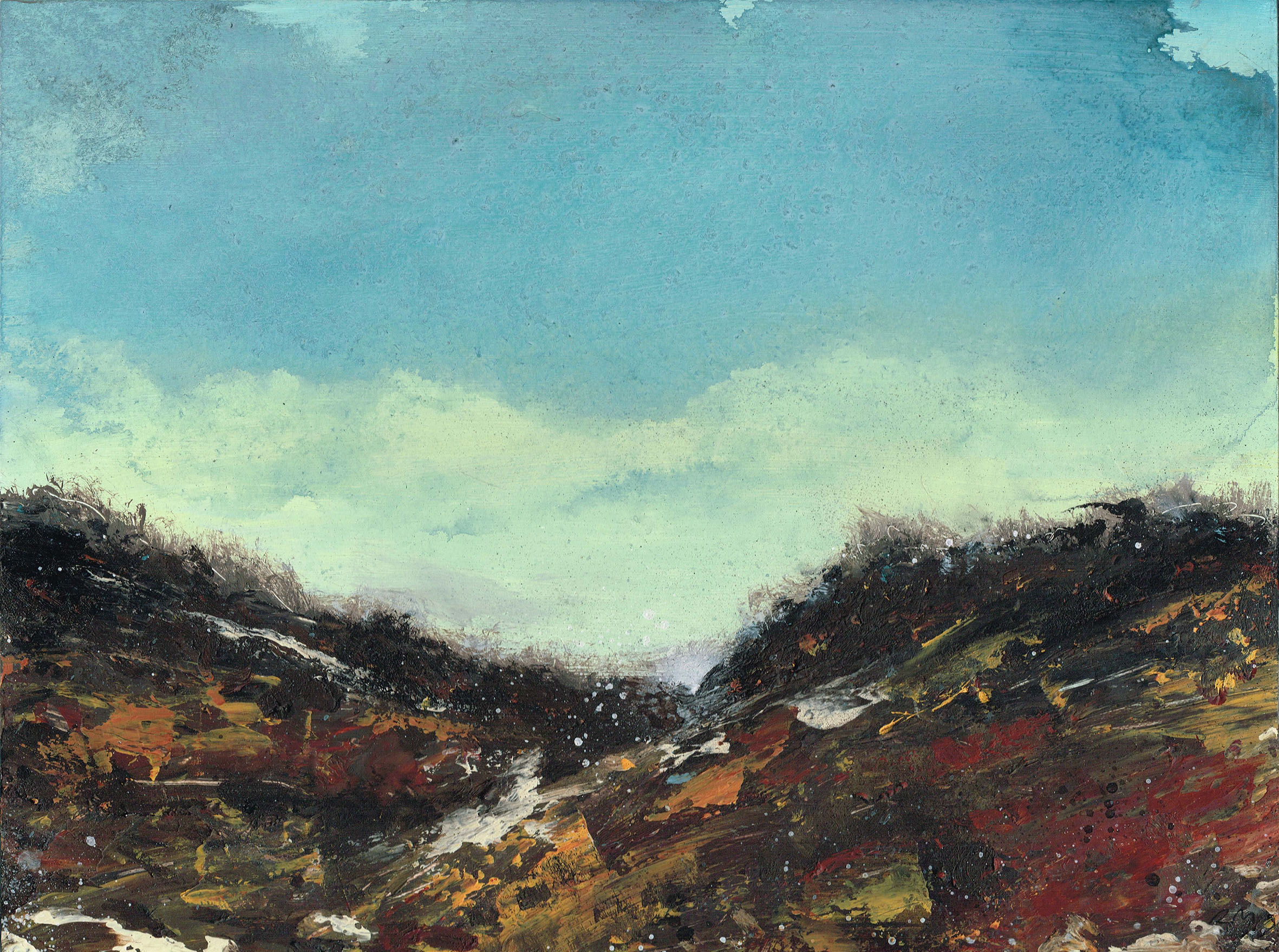 Rob’s paintings explore his connection to the British landscape, particularly the area of Surrey in which he lives, and Hampshire where he grew up. A large proportion of his work originates from time spent in the Surrey Hills in particular. Some recent work has also been inspired by trips to other parts of the UK, including Cornwall, the Lake District and the Yorkshire Dales.

He produces rapid sketches whilst in the landscape, as well as taking photos. Other pieces have been based purely on strong memories of a particular encounter with the landscape.

These references give him a fixed starting point, but he is always keen to allow the paintings to evolve naturally and intuitively, so that they often depart from the topographical specifics of the place in question.

The paintings rely equally on observation and memory; they involve an element of abstraction and are more interested in evoking the sensory experience and emotional impact of the landscape than directly reproducing what he has seen. Rob is influenced as much by Abstract Expressionism, as he is by recent developments in landscape painting.

Rob embraces a wide variety of media in each piece, from oils and acrylics through to house paints, pastels, inks, enamel spray paint, charcoal and coloured pencil. Nothing is off limits, and he will often make decisions spontaneously as he seeks to express his memories of an encounter with the landscape.

The happy accidents that occur when these various media combine are essential to his work. His paintings are as much about the act of mark-making as they are about depicting a particular landscape or location. He wants the process of painting to show through, and for each painting to maintain the spontaneity and energy with which he has produced it. 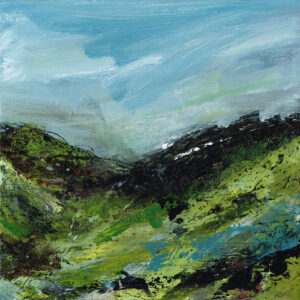 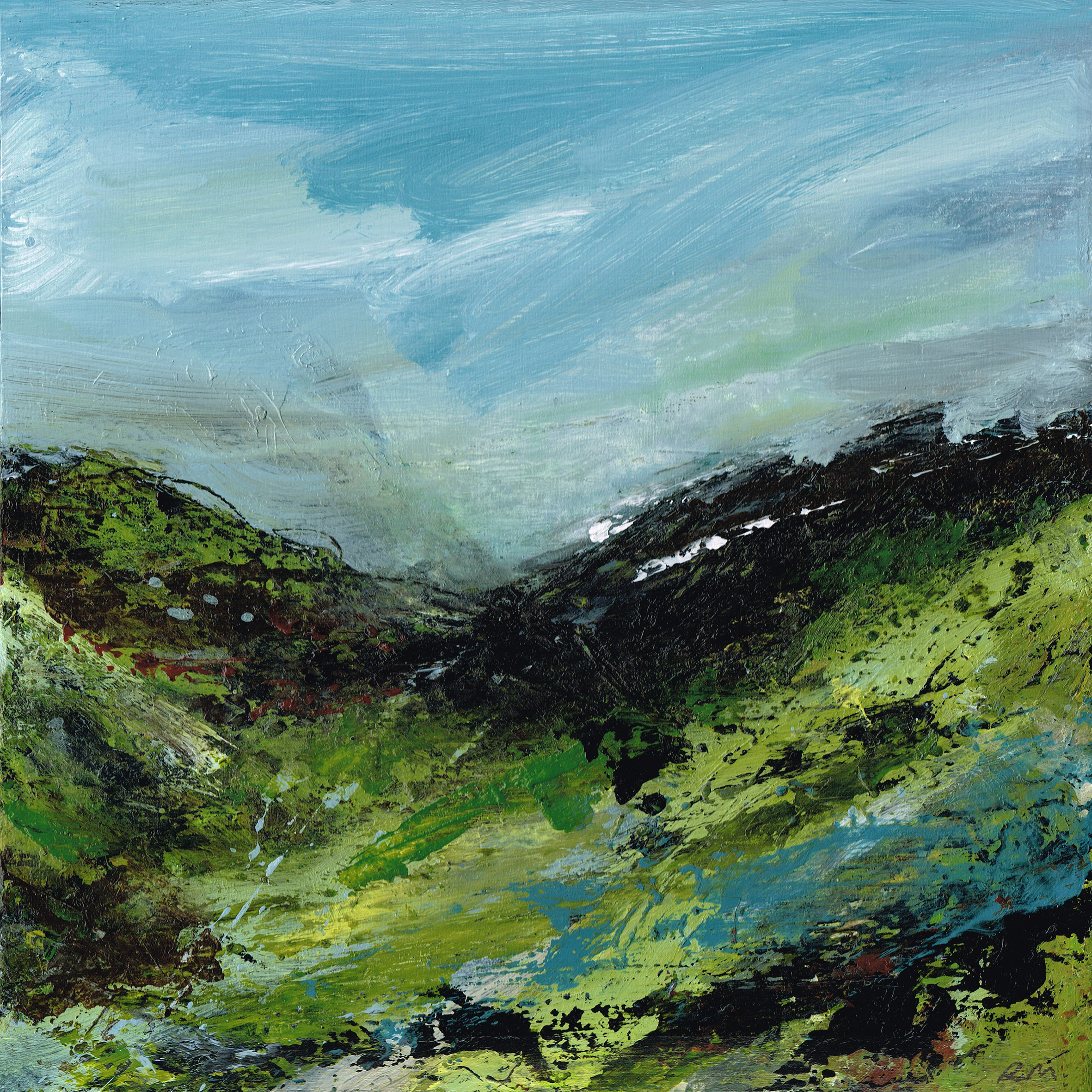