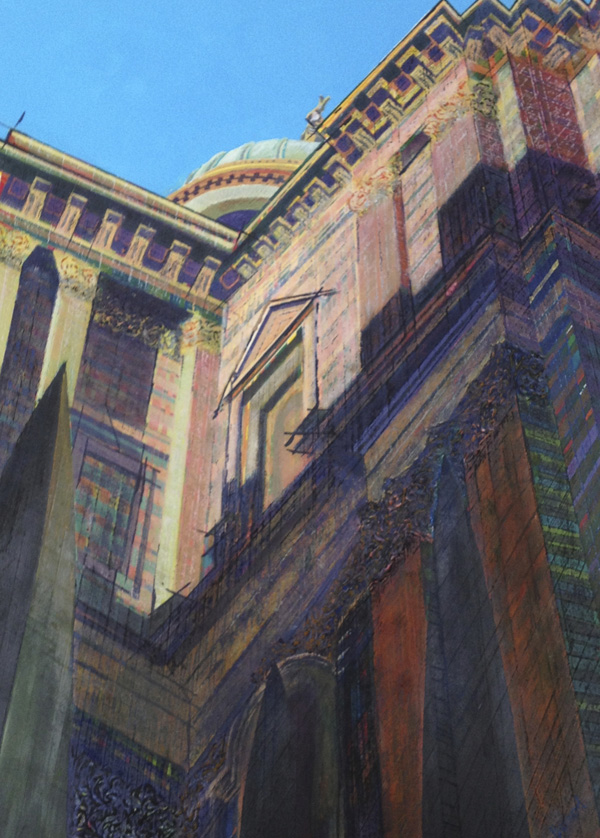 Liz enjoys learning new techniques and she is continually changing her methods, media and supports. She has a keen sense of colour that is apparent in all her work. Liz has only, in recent years, had the opportunity to explore her creative talents, having studied Science at University and pursued a career as a Biology Teacher. She had a short break in her career at 40, when she attended Wimbledon Art School to do a Foundation year. But as she always promised herself, when she retired, Liz began to study drawing and painting at Adult Education Centres and at the NEAC. She was inspired by a four day course sketching in and around the Strand in London, and this led to a body of work based on buildings. She continues to experiment with different media and subjects and is excited by everything she tries her hand at.

In 2011/ 2012 Liz had two paintings accepted for exhibition in London. One in the Pastel Society Exhibition at the Mall Galleries and one in the Royal Watercolour Society Exhibition at Bankside Gallery. In 2012, 2015 and 2016 she had a painting exhibited at Patchings Art Festival and in both 2013 and 2014, had one painting highly commended. Liz has also exhibited at local galleries and shows 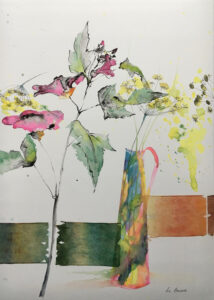 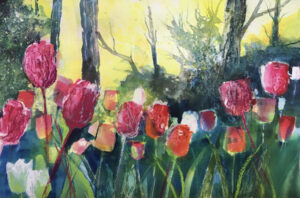 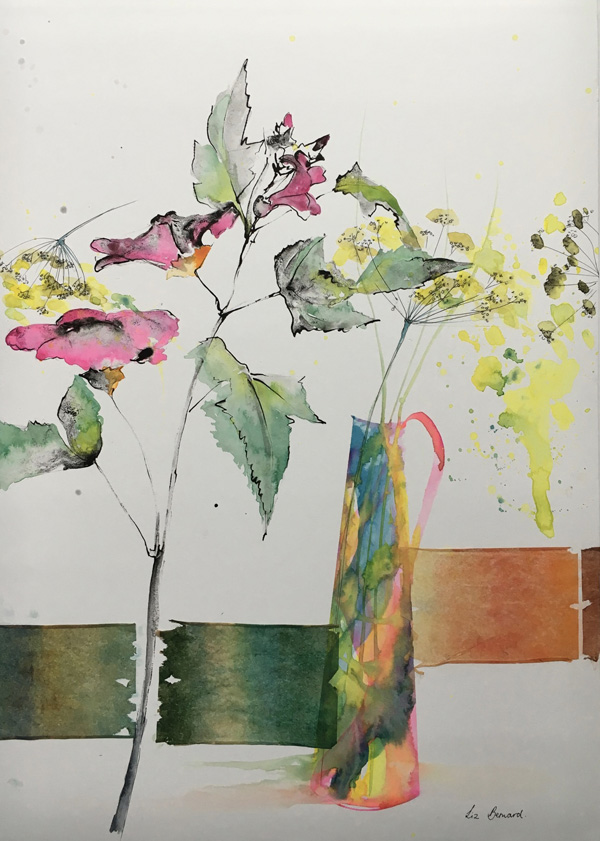 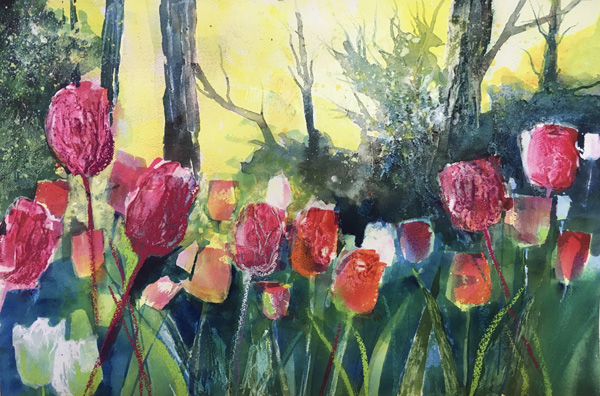