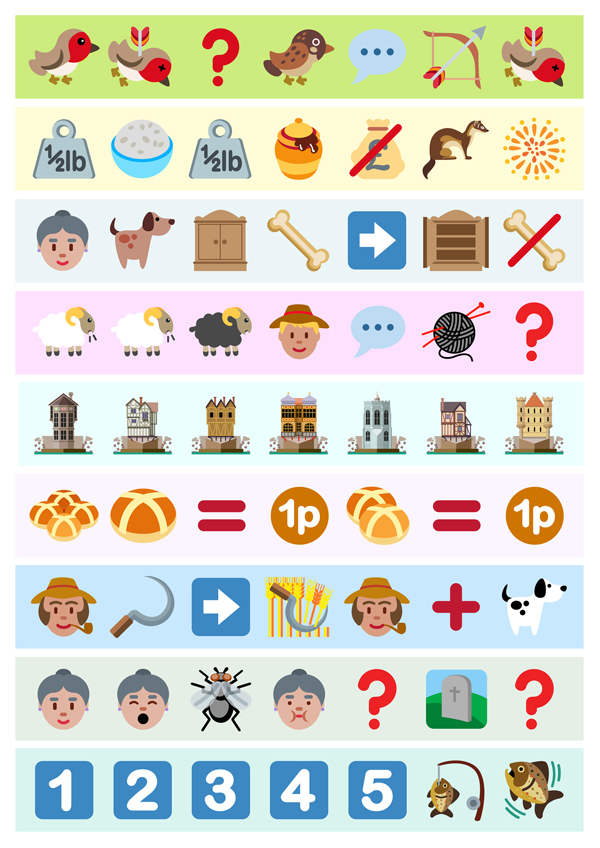 Lawrence was born in Guildford and raised in Godalming he has spent most of his life in west Surrey where he is probably best known for having organised and promoted folk clubs, festivals, concerts and dances for over 40 years. He worked briefly in a graphics studio at the end of the ‘70s where he illustrated or designed album/CD sleeves, poster and books of folk tales.

After reading an article about Alice In Wonderland being translated into emojis it occurred to me that the narrative nature of traditional ballads would also lend themselves to these 21st century hieroglyphs. Lawrence soon realised that this would involve not only the adaptation of existing emojis but also the creation of a whole lexicon of new ones; soldiers, sailors, milkmaids, ploughboys, farmers and the like. This became addictive and led, indirectly, to this exhibition. As well as containing two folk songs it also includes works by Lennon-McCartney, Sir Arthur Conan Doyle, Shakespeare, Aesop and M.R.James. 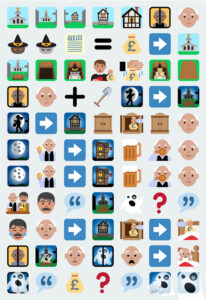 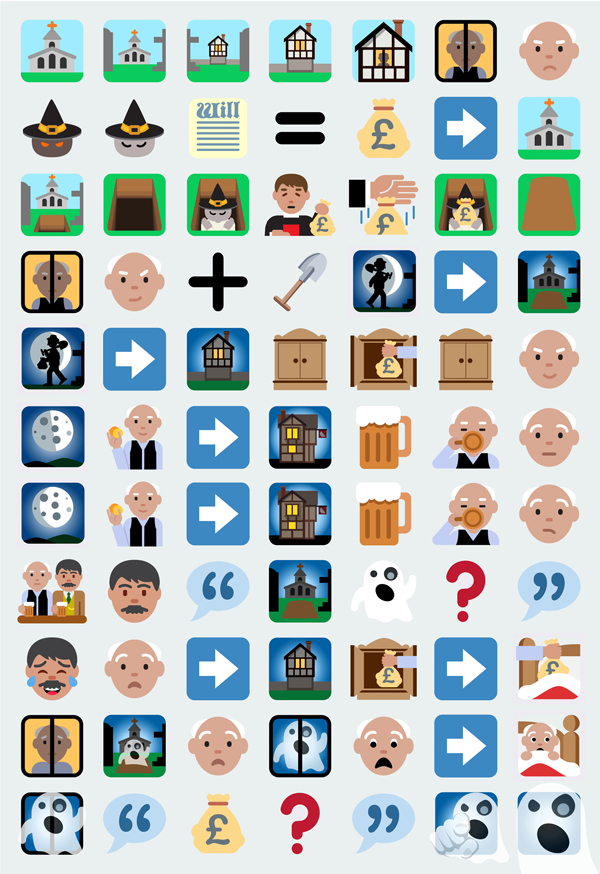