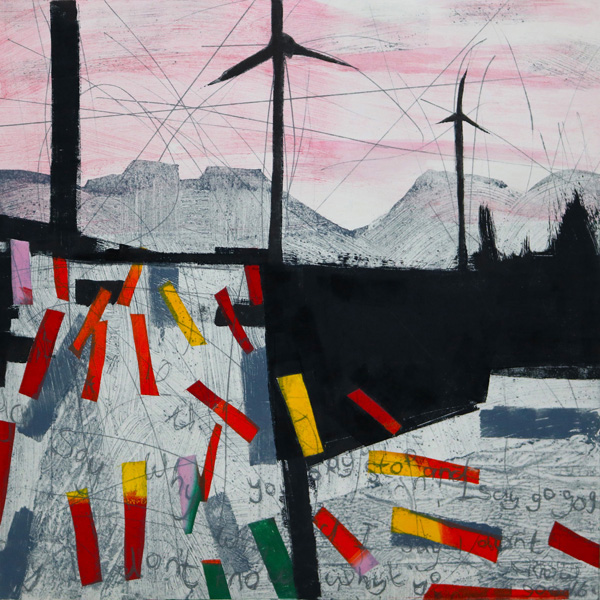 Surrey based artist and printmaker, Julie Hoyle has an experimental approach to printmaking. Works to date include 2D and 3D works on wood, light and shadow installations and works on paper in a variety of printmaking methods.

Artworks included in the Guildford Arts exhibition at Clyde & Co have been chosen from a number of series of works:

The ‘On the Go’ series of Collagraphs with Monoprints were inspired by photographs taken on the road from the car while travelling in Europe and contain some of the lyrics from the song “Hello Goodbye’, topically full of contradiction and split opinion.

The New York screen prints were inspired during a recent trip and include some of the street art and sites visited and reference a number of New York artists including Barbara Kruger, Keith Haring, Banksy, Warhol, Litchenstein and Pollack and a local artist who was selling screen-printed tourist attractions on cycling maps at a craft fair.

‘The Contemporary Tales’ screenprinted pots on wood are from an ongoing interest in a mixture of character composed of different elements and these pieces are inspired by traditional stories told with a contemporary twist. 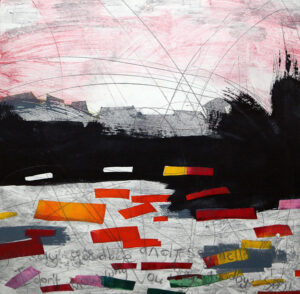 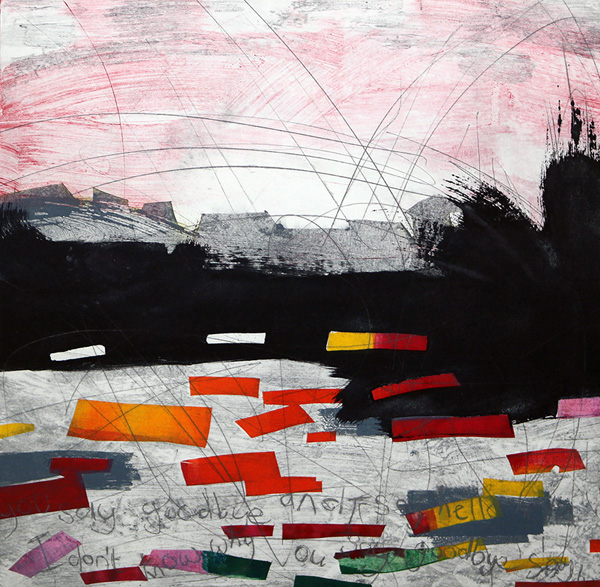