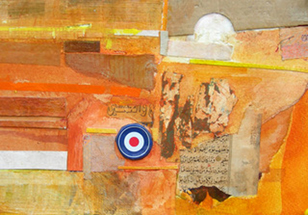 Andrew’s work is inspired by his travels and the places he has been. When travelling, as well as painting oil studies “en plein air” and sketching, part of his practice is to fossick around collecting bit and pieces; detritus. It is the latter that become motifs in his mixed media collages, be they newspaper clippings, religious text, shoe leather, papyrus and even sand from the Sahara. These compositions are meant to be seen as both disposable bits of flotsam, yet are presented as small treasures; palimpsests of his experience of a place.

These set of collages are a result of his travels in the Middle East and some are a response to countries where the secular and religious worlds rub, often painfully, against one another.

The Hard Target series, together with Dance to the Beat of a Distant Drum address Western interventions in the Arab World. 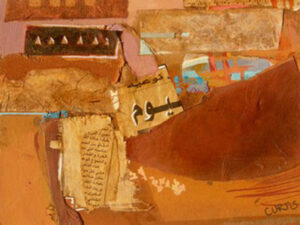 Fire Ashes and a Thousand Curses 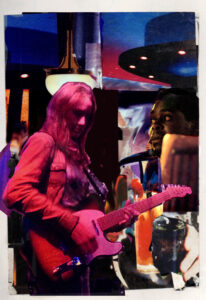 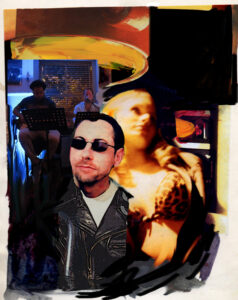 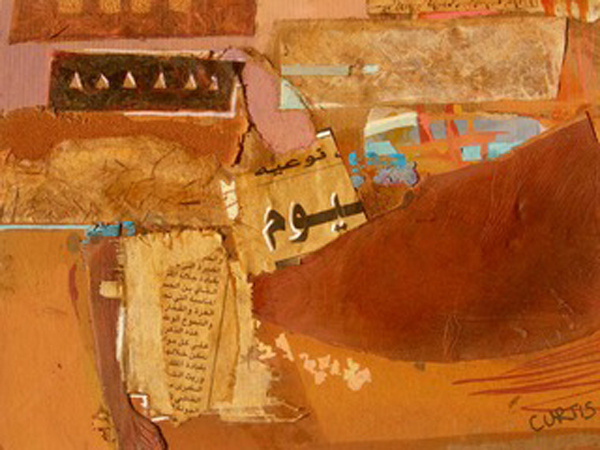 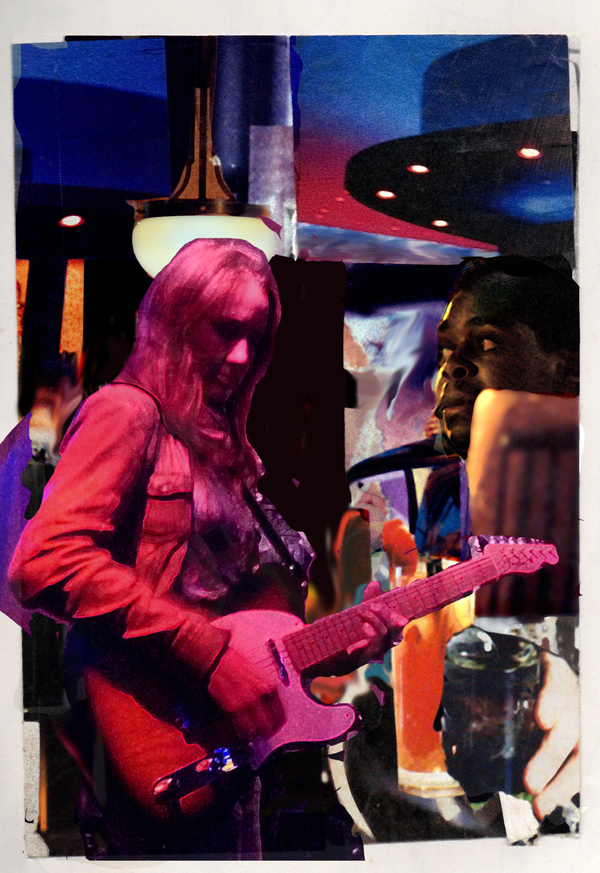 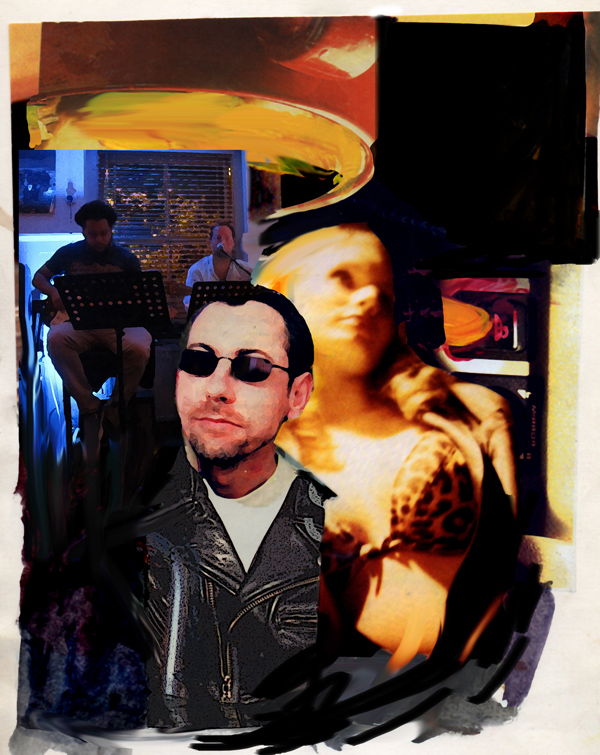