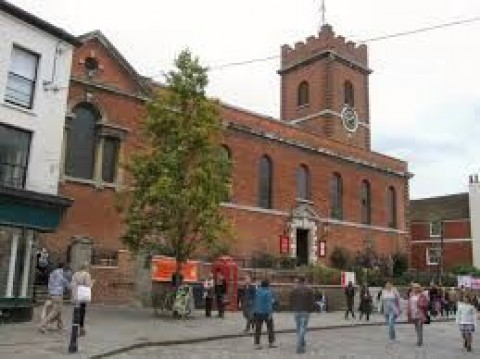 Holy Trinity Church is an Anglican church in the centre of Guildford, England. A large, red brick building, it was built on the site of a mediaeval church which collapsed in the mid-18th century. It is the only large Georgian church in Surrey, sporting detailed frescos of the Crucifixion surrounded by the Saints and the Ascended Lord in Heaven, as well as one of the largest unsupported ceilings in southern England. It is a Grade I listed building.

From 1927, when the diocese of Guildford was created, until 1961, when the current cathedral was consecrated, it served as pro-cathedral. Today it forms part of the town centre parish of Holy Trinity and Saint Mary's. It provides one of the foremost venues in the town for musical and theatrical performances.