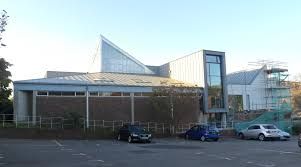 The new Millmead Centre was opened in 1972, comprising a 500-seat auditorium, meeting rooms, offices, a games hall and coffee bars. The most notable feature of the building is this 500-seat auditorium with raked seats, which enables everyone to have a good view of the dais and pulpit.

In March 2012, Guildford Baptist Church celebrated the 40th Anniversary of the opening of the Millmead Centre, and the refurbishment of the building for the 21st century is well advanced.

Join Vivace Chorus for their ever popular Come & Sing day on Saturday 28th January, where you can sing joyous music with the choir including Handel’s Dixit Dominus, Pergolesi’s Magnificat and Monteverdi’s Beatus Vir. The day will run from 10am until 4.30pm at their regular rehearsal venue, Guildford Baptist Church, Millmead. Tickets are £24 and include all music hire, lunch and […]

The Surrey Mozart Players are excited to present three utterly enchanting gems for orchestra – all stylistically very distinctive, spanning the centuries and continents but similar in their gentle beauty.  The concert starts with Copland’s extremely moving ‘Quiet City’. This short piece evokes a cityscape at night with haunting melodies on solo trumpet (Steve Dawes), […]