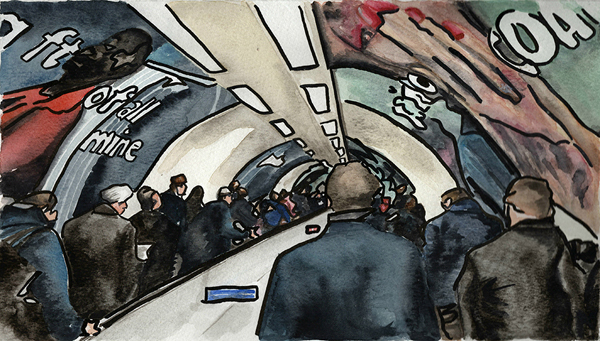 Georgina’s work looks at the intensity of the city and the overwhelming emotions that she experiences when she is there. She often goes into the City and draws whatever she observes on location and then goes back into the studio to put them altogether as a college. Like the Surrealists she is interested in how objects and people from completely different places come to together by coincidence at the same time. In the past she has carried out an illustration collage project entitled "London's Extraordinary Neighbourhoods" where she started at different tube stations in London and drew whatever caught her eye that day.

Georgina also made work about the "Waterloo & City Line" at rush hour and how for some people it is normal to travel everyday in claustrophobic conditions that seem to her very abnormal. In her colleges she likes to give the viewer a sense of the images and sounds that we are bombarded with whilst navigating the City by using maps and grids. She uses modern technology such as Photoshop as well traditional techniques such as drawing and sewing, literally cutting, stitching and pasting images together. 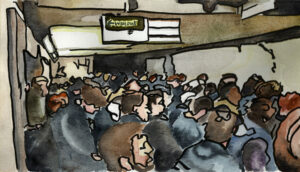 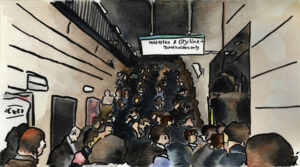 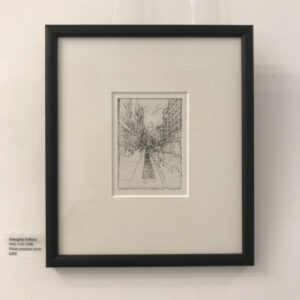 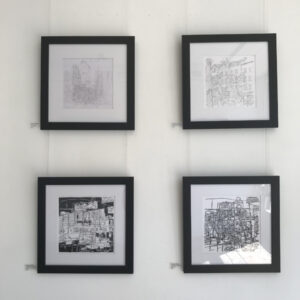 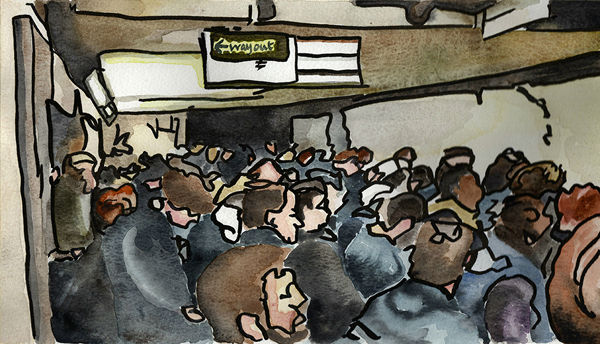 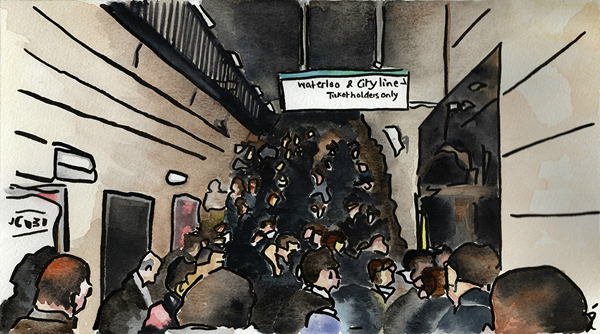 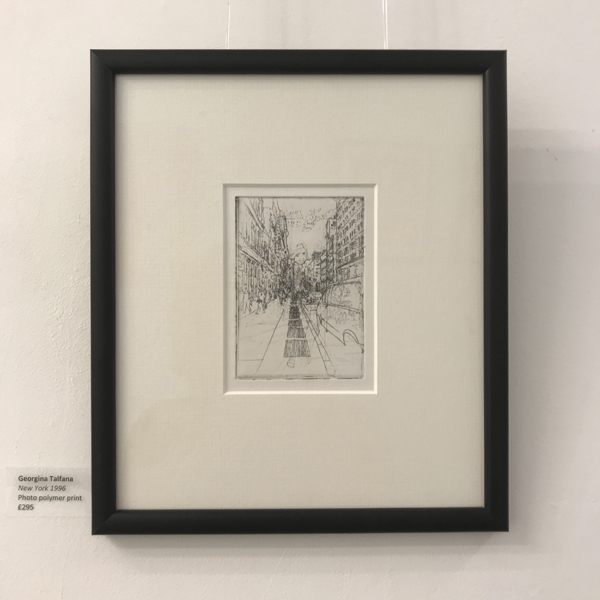