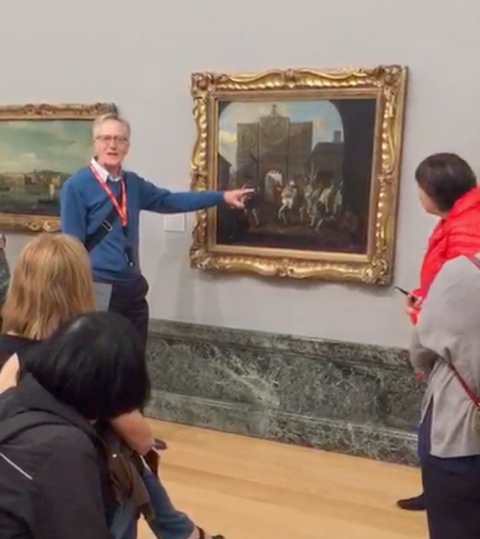 The 1920s and 30s saw the emergence of abstract art, yet many artists such as Laura Knight, Gluck, Gerald Brockhurst and Meredith Frampton had no desire to adopt an abstract style.

Following the horrors of World War One, many artists rejected what they saw as the excesses of Modernism in favour of the ordered, pre-war world of traditional art.  This European wide movement was known as the 'Return to Order' and it was a reaction to the war.  Laurence will discuss these artists and how they used a photo-realistic technique, particularly suited to portraiture.  There was never a well-defined school, however and often ignored by critics and historians, they have been largely forgotten until recently.