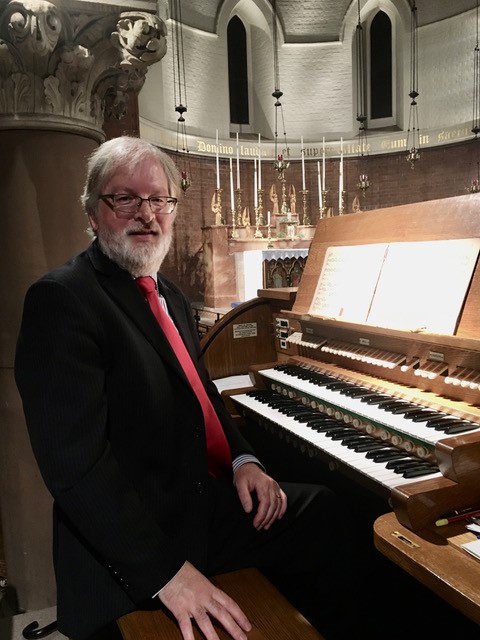 Philip Berg studied the organ at the Royal College of Music under Richard Popplewell. In addition to a busy teaching career, he has performed as organist at many different venues, including the cathedrals of St Paul’s, Worcester, Inverness, Westminster Abbey, Chartres, and Brandenburg. He has also been heard as accompanist on BBC radio. He has been Master of the Music at The Queen’s Chapel of the Savoy since1995, and has performed the complete works of Bach there, and much else besides. The fine choir of professional men and boys has broadcast on Radio 3, Radio 2, and Classic FM.

Kathryn Parry has a rich and varied career as an orchestral and chamber musician, recitalist and teacher. She studied at Selwyn College, Cambridge and at the Royal Academy of Music. She has played with many of the UK’s leading orchestras, as have the other string players in this small ensemble brought together especially for this concert.

Programme:
To include organ concerti by John Stanley and Handel, and works by Albinoni, Telemann and Saint-Saëns.