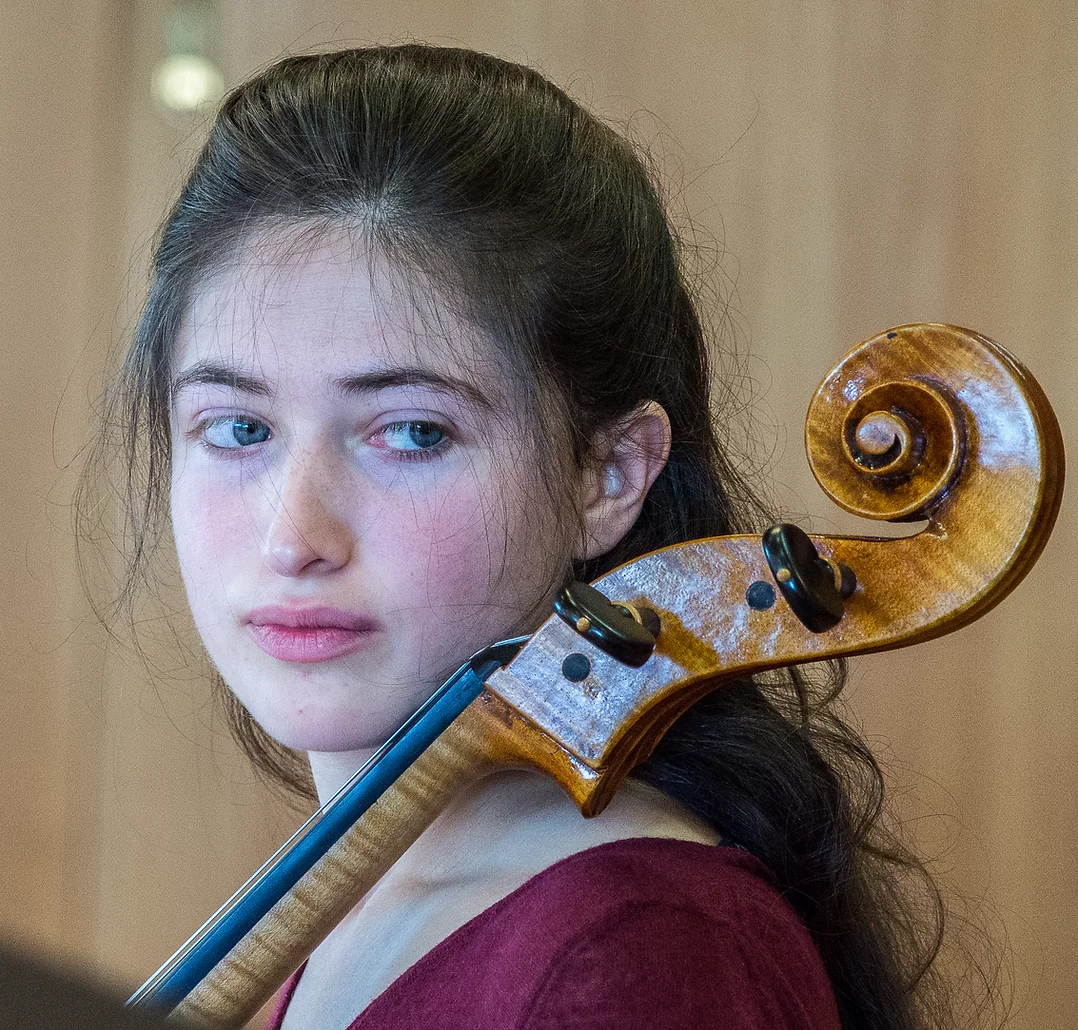 Already the recipient of several international prizes, Indira Grier has been invited to the Verbier Festival Soloist Academy in 2021 and 2022, has won Making Music’s 2019 ‘Philip and Dorothy Green Young Artist Award’, the 2019 RCM Unaccompanied Bach Prize, the 2018 RCM Concerto Competition performing the Elgar Cello Concerto, and a Gold Medal in the 2019 Vienna International Music Competition.

In recent years she has also won awards from the Hattori Foundation and the Countess of Munster Musical Trust and she is very grateful to be supported by Help Musicians UK. Other competition successes include winning prizes at the 2016 Royal Overseas League Competition, the 2014 Tunbridge Wells International Young Artists Competition and the 2012 Bromsgrove International Young Musicians’ Platform. She was awarded the Junior Guilhermina Suggia Gift on two consecutive occasions (2010 & 2012) and she won all available prizes at the Junior Royal Academy of Music, including the 2013 Concerto Competition.

In 2014 Daniel Lebhardt won 1st Prize at the Young Concert Artists International auditions in Paris and New York. A year later he was invited to record music by Bartók for Decca and in 2016 won the "Geoffrey Tozer Most Promising Pianist" prize at the Sydney International Competition. In 2018 he has been signed for commercial management by Askonas Holt.

March 2020 saw Daniel make his debut with The Hallé, performing Beethoven’s Piano Concerto No 5 – a work he has also performed at the Barbican, London and Symphony Hall, Birmingham. The last two concert seasons have also witnessed recital debuts in Dublin and Kiev, and at the Lucerne International, Tallinn International and Miami International Piano festivals.