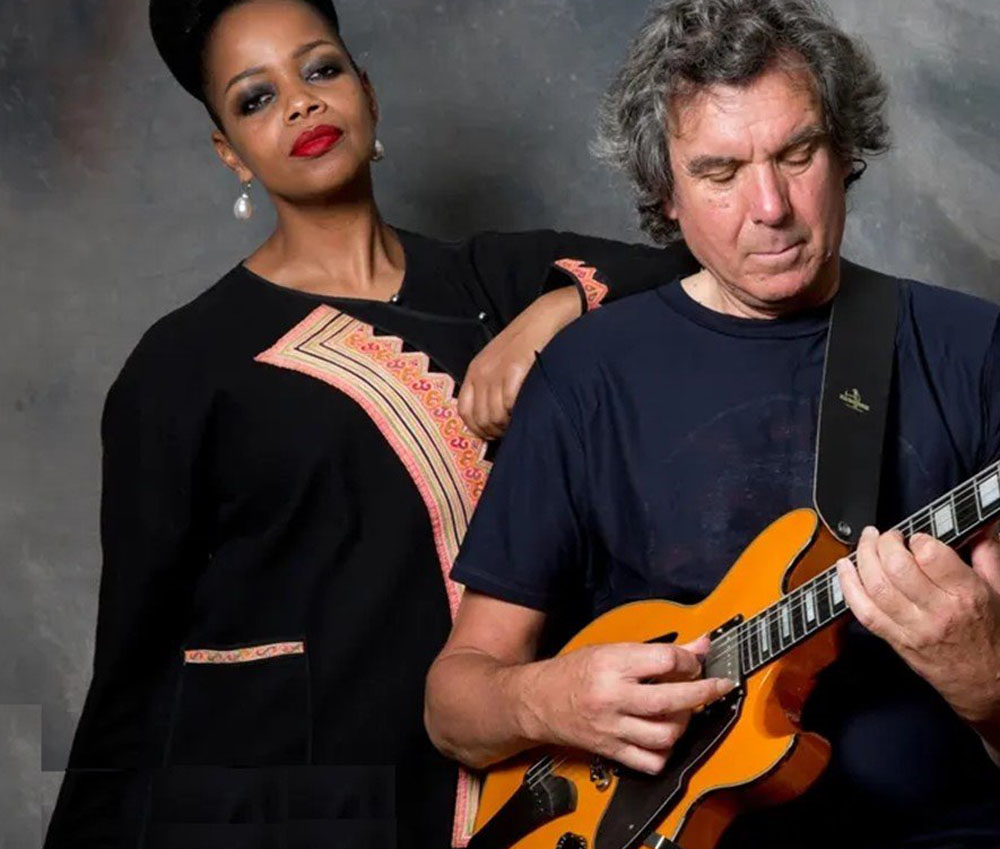 Led by guitar legend John Etheridge, his Blue Spirits Trio includes Pete Whittaker on organ and George Double on drums. They are joined for this very special New Year’s gig by guest vocalist, the sensational Vimala Rowe.  A virtuosic fusion guitarist, Etheridge is one of a handful of players who can claim to have helped shape the character of modern jazz guitar. He has been described by fellow fretsman Pat Metheny as 'one of the best guitarists in the world'.  John Etheridge and Vimala Rowe scored a resounding critical success with their album ‘Out of the Sky’, which was in the Top Ten Critic’s lists for 2016 in both the Guardian and Sunday Times.