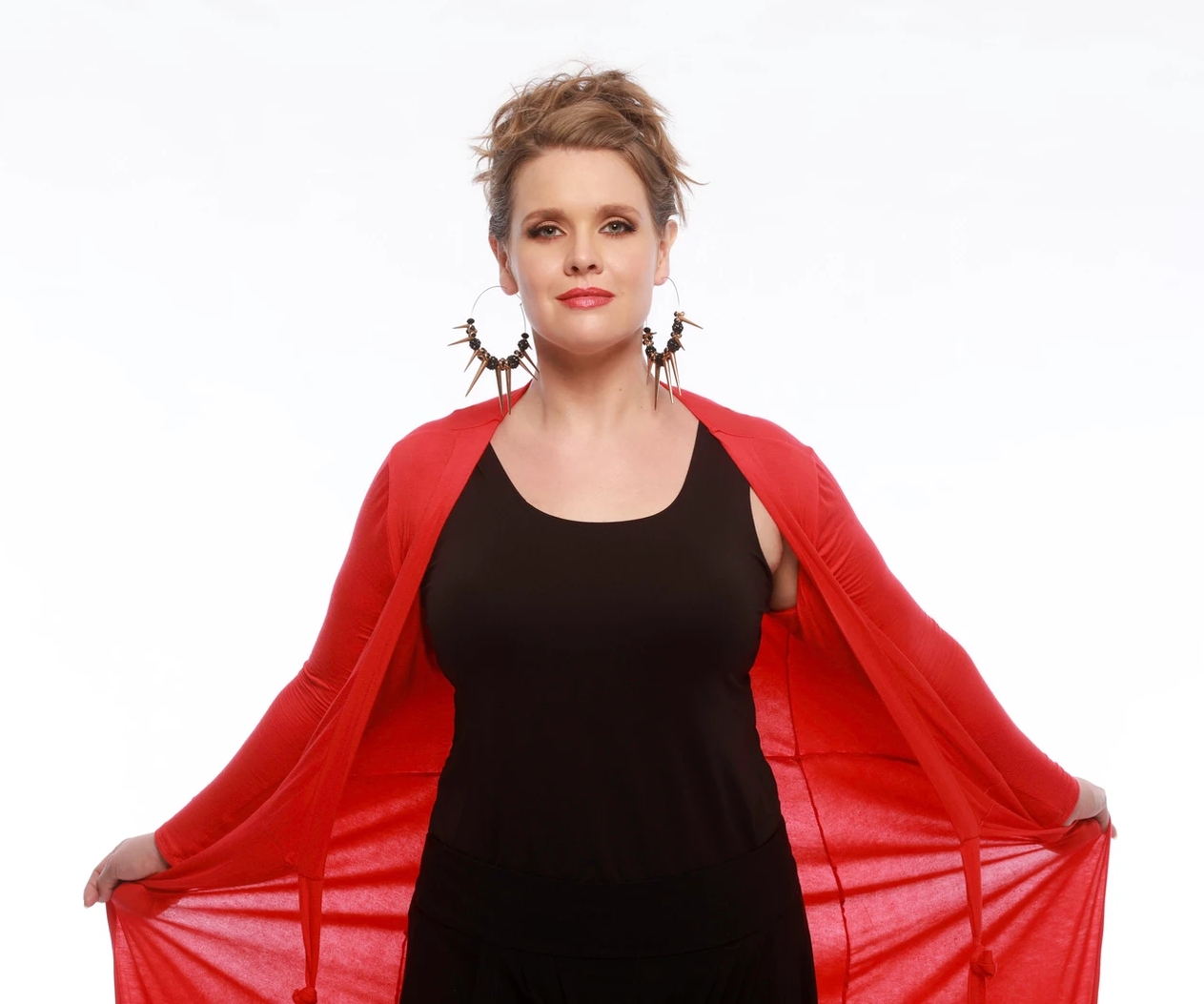 Polly Gibbons is a growing presence in the UK Jazz scene. She has already been nominated twice as “Best Jazz Vocalist” by JAZZ FM and the BBC. Fully embracing the inspiring expansiveness of American Jazz, Blues, Soul and R&B, her career as a vocalist, composer and live performer is influenced by these genres.

But Polly is hesitant to define her music as strictly Jazz; her eclectic repertoire and the ease and style with which she performs it, have led her to appear at a variety of music festivals and venues: from the prestigious Royal Albert Hall in London opening for George Benson and Gladys Knight, or for Bozz Scaggs at the famous Montreal Jazz Festival. Equally, her fans might find her performing a weekly residency with her band at the legendary Birdland Jazz Club in NYC, Ronnie Scott’s in London or at the funky new venue Rudy’s down in Nashville. Her music and her voice have a broad appeal to music lovers – and her ongoing touring over the last few years in the USA has garnered her many new fans. “A truly exceptional, once-in-a-generation talent, possessing a voice of such sizzling intensity and raw emotion you could fry an egg on it.” Peter Quinn, Jazzwise  “Gibbons is a jazz talent whose voice is also steeped in vintage R&B with shades of Aretha Franklin…” The Sunday Times JAMES PEARSON – piano James Pearson is one of the countries most respected musicians. His work covers all genres of music, especially contemporary music, jazz and classical. He is the Artistic Director at Ronnie Scotts Jazz Club where his trio are the house band but he is equally at home as a concert pianist. James has broadcast on all the major radio and television networks including a broadcast of his concert of Rachmaninoff’s 2nd piano concerto on Classic F.M, and his performance of the Gershwin Piano Concerto and Rhapsody in Blue on BBC Radio 2 . His fine piano playing and arrangements can also be heard on over 50 albums, GEORGE DOUBLE – drums George’s playing and recording credits include Dame Shirley Bassey, Grammy Award Winner Jack Jones, Marc Almond, Mica Paris, Ruthie Henshall and Kym Mazelle. His West End and touring theatre record includes stints on Wicked, Guys and Dolls, Avenue Q, Sinatra and Anything Goes. He is active on the British jazz scene and appears regularly at Ronnie Scott’s club in London and elsewhere (including Guildford!). He is also curator of Hadleigh and Southwold Jazz Clubs. MARIANNE WINDHAM – bass