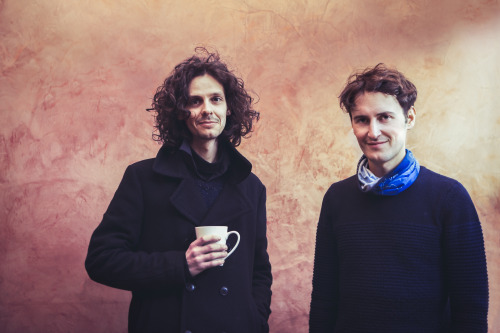 By the time they return to Grayshott, this Indie Pop/Folk duo (Cole Stacey and Joseph O'Keefe), will have begun their own second headlining UK tour of 2022 and will be fresh back from a four week major European Tour with Midge Ure; both as members of his band and as his support act. I guess Midge is a big fan of theirs. Their Grayshott gig is part of a tour to promote their brand new, album. This time around, they will tour as a trio, having enlisted the services of Drummer/Percussionist, Russell.
Come and see for yourself, what all the fuss is about................................................

Bringing with them songs from their new album, they blend traditional instruments, Folk melodies and subtle electronic influences to present a unique sound that's: “bursting with invention and full of surprises” (The Telegraph) and “classy pop” (The Scotsman).
“Two of the most extraordinary musicians; a phenomenal duo”
BBC Radio 2 **** “Their reeling, spinning sound corroborates the content of their songs which appear to be describing a life alive with motion. They are altogether a good thing; busy as rush hour but full of light.”
The Independent
“A full musical odyssey” BBC Radio 1

Listen here to India Electric Co.'s latest single, which is their cover of "Wicked Game" by Chris Isaak;
m.youtube.com/watch?time_continue=79&v=lY2tnTUvSyY&feature=emb_logo
and their "Great Circles" here:

After live sessions on BBC Radio 2 and 6 Music, Glastonbury Festival appearances and with "BBC Introducing’s" backing, they released "The Gap" in 2020 with FRUK declaring them:
“one of the truly pioneering acts in folk music”.
**** “Exceptional talents.”- Songlines Magazine
“This is sublime! If your troubles don’t melt away when you hear IEC then nothing will shift them. Beautiful, magical.” - Jeremy Vine
“Fresh and gobsmacking!” - Tom Robinson, BBC 6 Music 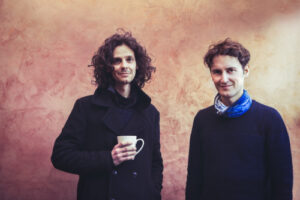