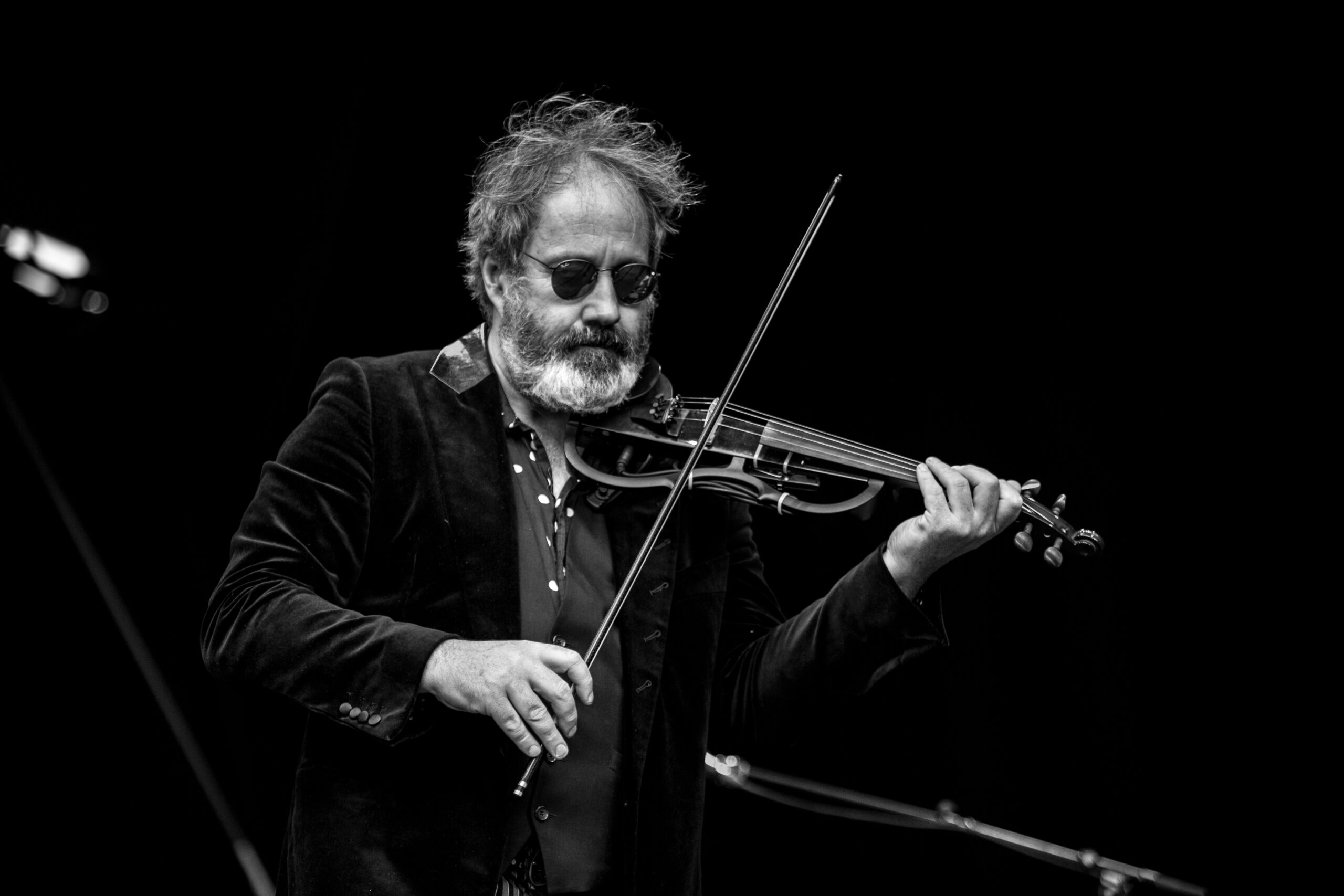 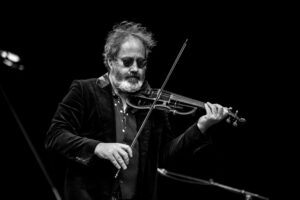 Perhaps Steve Wickham’s best-known song is “Fishermen’s Blues”, which he co-wrote with Mike Scott of The Waterboys.

Listen to it here. I feel sure you will recognise it instantly;

STEVE WICKHAM: Fiddle, Vocals
Steve Wickham started to play violin at the age of three. Later, he studied at the Royal College of Music in Dublin. In 1982 Steve met ‘The Edge’ (from U2) at a bus-stop, and later Steve went on to record “Sunday Bloody Sunday” with U2 and then tour with them.
Around the same time, Steve and a couple of mates started a band called ‘In Tua Nua”, which featured Sinead O’Connor as one of the vocalists.
In 1985, following some recording sessions in London, Steve was asked to join The Waterboys full-time and he then went on to make many records with them, including the seminal “This is the Sea” and “Fisherman’s Blues”.
Steve is a much respected session fiddler and has recorded with Bob Dylan, Elvis Costello, Sinead O’Connor, World Party, and more recently with Declan O’Rourke.
Until recently, Steve continued to be an integral part of The Waterboys and during his time with them, he also released his first solo album ‘Geronimo’. Many Sligo musicians feature on “Geronimo”, including bodhran maestro Junior Davey, cellist Anna Houston, guitarist / flautist Tommy Scanlon, and harpist Deirdre Byron Smith. Other guests include the Waterboys’ keyboardist Richard Naiff and Steve’s guitarist brother Henry.
Steve’s album ‘Geronimo’, was named after his beloved long-serving violin and it also marks Steve’s first venture into production. The result is a lush, rich interweaving of Rock and Folk textures, shot through with the warmth of Steve’s personality and the ever-present beauty of his playing.

RAY COEN: Guitar, Fiddle, Vocals
Ray has played alongside Steve Wickham over many years as part of an occasional band, which is called No Crows. Ray hails from Sligo and has many years experience as both a guitar and fiddle player. Over the years, Ray has increasingly moved from backing other musicians, to performing his own material. His debut album ‘Out of Sight’ was released in May 2009 and was described by Hotpress as both; ‘beautifully recorded and arranged’ and ‘music that is happy in its own skin’.
Ray has been a regular collaborator with No Crows since 2007 and was welcomed on board as a full blown band member in 2014. Ray has contributed greatly to the No Crows’ CD “Waiting for the Tide”, penning one tune “Good Times” and making a beautiful arrangement of the English trad song “Solvay”.
Between them, Steve and Ray will offer an eclectic mix of music and songs.

+ Rebecca Jayne
We are delighted that Hindhead girl Rebecca Jayne has agreed to do the support slot for this gig. In August she released a single "Crazy Life", which she recorded with Bob Harris and his son, Myles. Bob has offered to play it on BBC Radio 2 so Rebecca's hoping that will work out, as it is one of her lifelong goals!