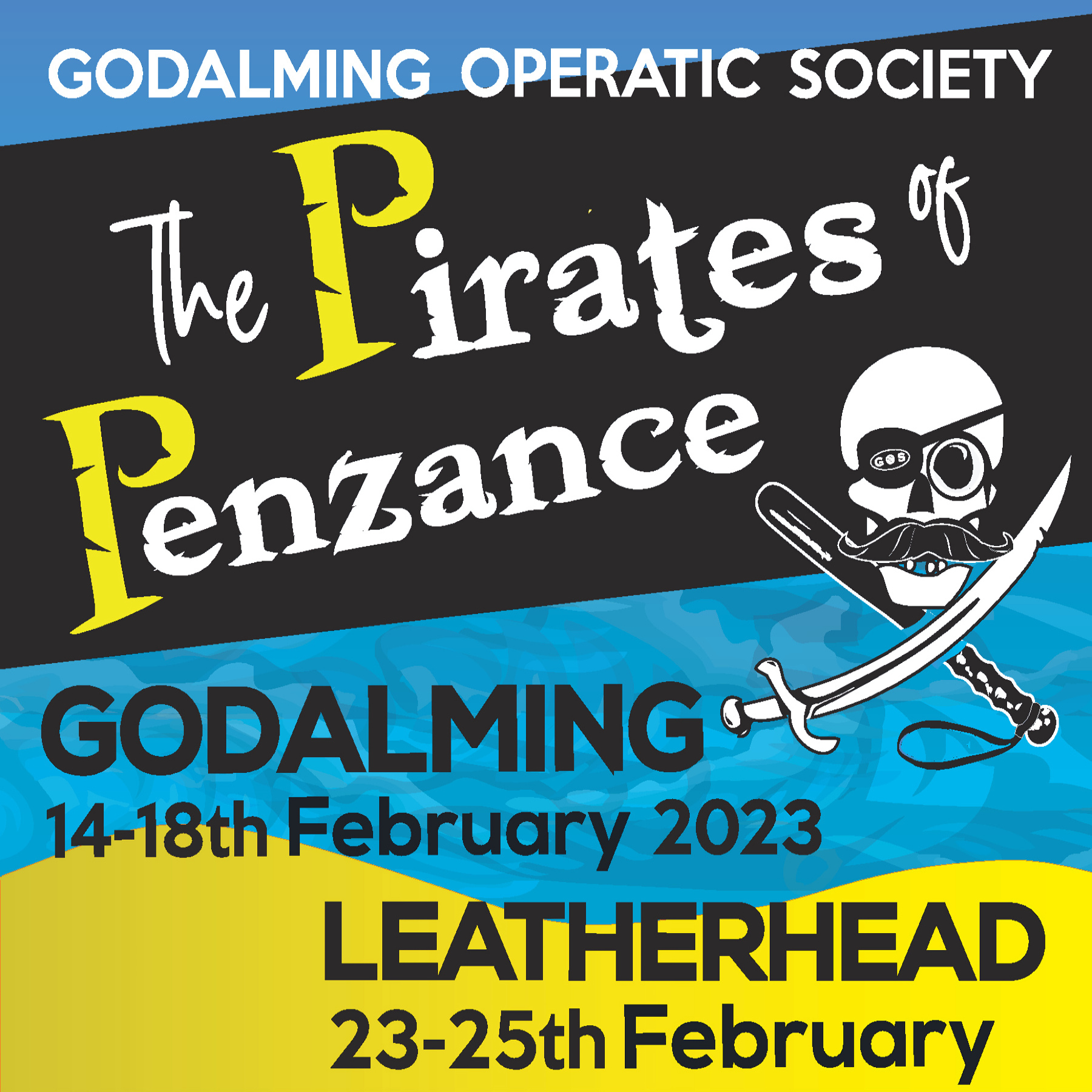 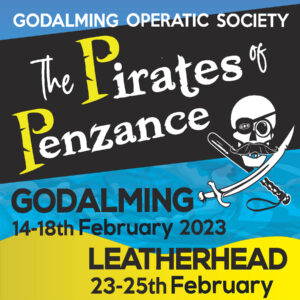 Godalming Operatic Society presents one of Gilbert & Sullivan’s most popular operettas, The Pirates of Penzance. The story features a band of pirates and their young apprentice Frederic who, having reached 21, is about to be released from his indentures and has sworn to take vengeance on them. Add in a Major General and his large collection of daughters, a bumbling collection of Cornish policemen and such coincidences as Frederic’s birthday falling on February 29th and we have all the ingredients for a hilarious evening’s entertainment, with some of the most memorable songs in the G&S cannon.

Godalming Operatic Society is widely regarded as one of the country’s leading G&S societies and has performed in several international festivals. They will be accompanied by a full professional orchestra and the production will be fully staged with stunning costumes.

Our performances often sell out, so book early to avoid disappointment.

For performances at Godalming Borough Hall (Feb 14th - 18th)
Book online at:   www.ticketsource.co.uk/godalmingoperatic
or by phone from Ticketsource: 0333 6663366
(Ticketsource charge an additional £2 per telephone booking to cover ticket printing and postage)

For performances at The Leatherhead Theatre (Feb 23rd - 25th)
Book online at:  https://theleatherheadtheatre.com/
or by phone from the theatre box office on: 01372 365141