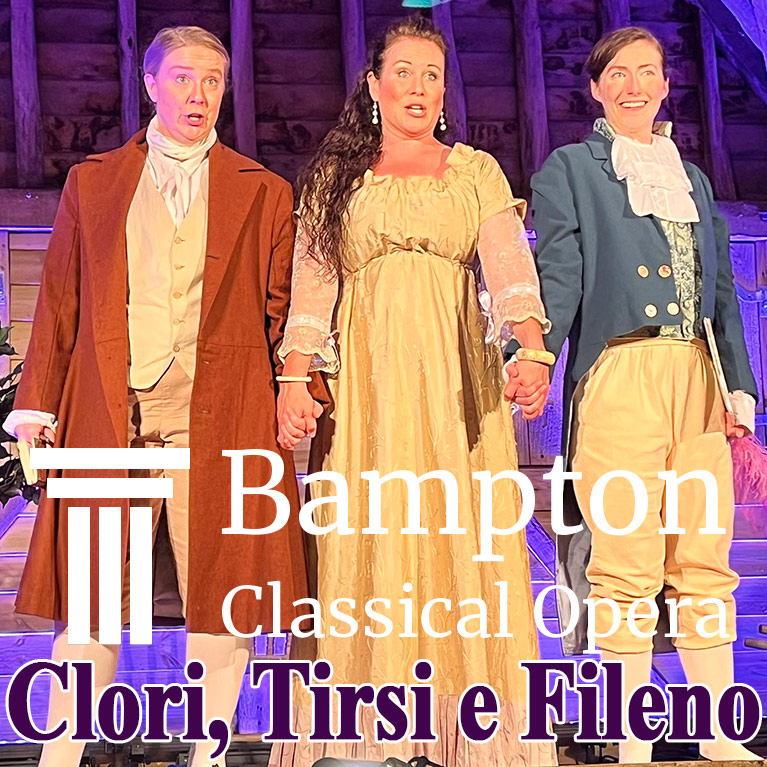 This September will mark our 100th event at Breinton. We are celebrating this milestone with a gala afternoon outdoor performance by Bampton Classical Opera of Handel's cantata Clori, Tirsi e Fileno.

The royal and aristocratic courts in the early 18th century appear to have enjoyed an insatiable and surprising need for music based on the amorous intrigues of Arcadian shepherds.

When George Frideric Handel moved to Italy in 1706, he found himself writing semi-mythological and pastoral cantatas by the score, several of which centre on the loves, often unrequited, of the nymph or shepherdess Clori.  In Rome Handel nurtured the most illustrious patronage and it was for the extravagant Marquess Francesco Ruspoli that he composed in 1707 one of his most extended and loveliest cantatas, Clori, Tirsi e Fileno.  Also known by its opening words, Cor fedele, it is nothing less than a comic opera in miniature for just three characters – Clori, lovely but fickle, strings along two adoring shepherds, Tirsi and Fileno.  She really doesn’t know which way to turn!  Promises are made, hearts are broken – until in the end the disillusioned youths decide that enough is enough.

With luminous and sensuous orchestration and showing off the very best of Handel’s understanding of the voice, it is a gem of a work.  Bampton Classical Opera, "Britain’s unchallenged champion of eighteenth-century opera" (Opera Now) is staging this masterpiece for Summer at Breinton, a fitting location for this engaging story of pastoral pleasure and pain.  Julian Perkins, an acclaimed Handel specialist, conducts a period instrument ensemble and three exceptional young singers.